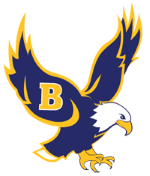 BARRINGTON, RI – The Barrington Middle School Building Committee, which was established by the Barrington School Committee in 2012 has been closely monitoring the status of the $68.4 million project budget as it begins to close out final work on the building and grounds. With the assistance of the Owner’s Project Manager, the Building Committee has identified a surplus of approximately $4.3 million. This amount remains after setting aside funds that have been determined to be necessary to close out the project.

At its most recent April meeting, the Building Committee unanimously resolved to announce the status of the budget and the good news regarding the surplus to the community. In addition, the Committee moved to recommend to the Town and the School Committee that they consider designating a portion of the approximately $4.3 million surplus to projects which will benefit the Middle School and the community in general. The Building Committee would remain available to provide support should the Town and/or the School Committee determine to move forward with any project affecting the Middle School directly.

We are also pleased to report positive news regarding expected reimbursement from the State. At the time Barrington voters approved bonding for the Middle School project, it was expected that the Town would receive reimbursement of approximately 35% of approved costs. Subsequent changes to the way the State Department of Education calculates reimbursement rates for such projects, and as a result of the advocacy of the Building and School Committee on behalf of the Town, have resulted in an expected reimbursement rate of over 40% of approved costs. These amounts will be finalized as the project is closed out and final accounting submitted to the Rhode Island School Building Authority.